(Summary description)Faced with the increasingly serious environmental and air pollution problems,Liu Hanyuan,member of the CPPCC National Committee and chairman of Tongwei Group,proposed in his proposal to accelerate the development of photovoltaic industry and fundamentally solve the dilemma of air pollution

(Summary description)Faced with the increasingly serious environmental and air pollution problems,Liu Hanyuan,member of the CPPCC National Committee and chairman of Tongwei Group,proposed in his proposal to accelerate the development of photovoltaic industry and fundamentally solve the dilemma of air pollution

Information
Faced with the increasingly serious environmental and air pollution problems,Liu Hanyuan,member of the CPPCC National Committee and chairman of Tongwei Group,proposed in his proposal to accelerate the development of photovoltaic industry and fundamentally solve the dilemma of air pollution.
Liu Hanyuan said that there may be different views on the causes of air pollution,but the energy consumption structure dominated by coal is undoubtedly the main cause.Both bulk coal combustion and relatively clean coal-fired power generation will emit a large amount of sulfur dioxide,nitrogen oxides and soot,which is the main component of air pollution.At present,coal accounts for more than 60%of China's primary energy consumption.Nearly half of the world's coal is burned in China,and it has become one of the main sources of exhaust gas and dust.In addition,the number of motor vehicles in China reached 285 million in 2016,and the emission of exhaust gas further aggravated the deterioration of air quality.Therefore,whether it is shutting down factories or restricting vehicles,it can only be a cure.To solve the problem of air pollution,the fundamental way is to change the current way of energy consumption in China and accelerate the development of new energy industry represented by photovoltaic.
At present,China's photovoltaic industry has developed rapidly from two sides more than a decade ago to become one of the most internationally competitive strategic emerging industries.From more than 90%of the products exported to the EU to more than one-third of the domestic installation and application at present,the continuous progress of technology,the expansion of scale and the increasing competitiveness have made the installation cost of photovoltaic power generation units continue to decrease.At present,the construction cost per kilowatt has dropped to 5,000 yuan to 7,000 yuan,and it is expected to fall to 3,000 yuan in three to five years.To 5,000 yuan,which pushed China to become the world's largest photovoltaic power installation country for two consecutive years.
Liu Hanyuan said that it is urgent to actively support and vigorously support the renewable energy industry represented by photovoltaics.We should accelerate the realization of automobile electrification,energy consumption electrification and cleaner power production.In this process,the demand for energy storage applications and smart power grids will also arise.
It is roughly estimated that if China realizes the renewable and clean supply of energy consumption growth in three to five years and replaces part to most of fossil energy in two or three decades,it will form nearly 100 billion new industries.On the one hand,it will promote the moderate and rapid development of China's economy,on the other hand,it will effectively solve the unsustainable problems of China's resources and environment development,and thoroughly realize the transformation of China's economic development mode.
Liu Hanyuan said that the current photovoltaic industry in China,from raw materials such as upstream polycrystalline silicon,to the production of upstream silicon wafers,batteries,components,inverters and a series of components,main accessories,to downstream photovoltaic power generation,are fully taxed.High taxes and fees have seriously inhibited the healthy development of the entire photovoltaic industry.It is proposed to clean up and reform the unreasonable tax system and reduce and exempt all taxes and fees of the photovoltaic industry.

Scan the QR code to read on your phone 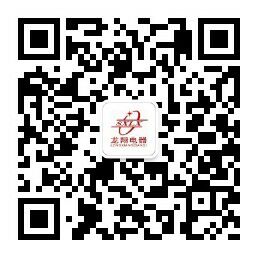